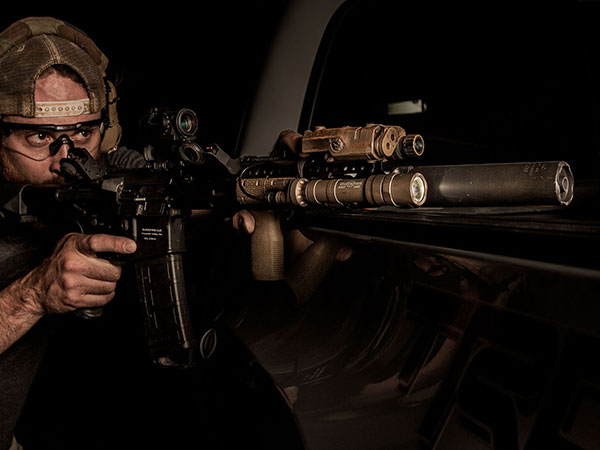 From the outset, SureFire’s industry-leading innovation has been guided by the pursuit of cutting-edge solutions to high-stakes problems, and we’ve refused to compromise for more than 40 years.SureFire became the world leader in premium tactical gear for tier-one professionals by starting with laser technology. Less than 20 years after physicist Theodore Maiman invented the first working laser — described as “a solution seeking a problem”— Surefire founder Dr. John Matthews ignited a revolution in the firearms industry by inventing the first commercially available laser-sighted weapon in 1979. Since then, SureFire has continued to execute Dr. Matthews’ vision by constantly pushing the technological envelope in the areas of illumination tools, suppressors, hearing protection and more.

Decade after decade, Surefire have met the needs of the most demanding users, driven by an unwavering commitment to our customers. SureFire currently serves the needs of everyone from the most elite professional military units and law enforcement professionals — who lay their lives on the line every day — to hard-core hunters, shooting sports enthusiasts and extreme outdoorsmen. They know they can depend on every SureFire product to lead the pack in performance, reliability and durability under the harshest conditions.